It’s December 1971 and a clear and frostless night in Walsall. 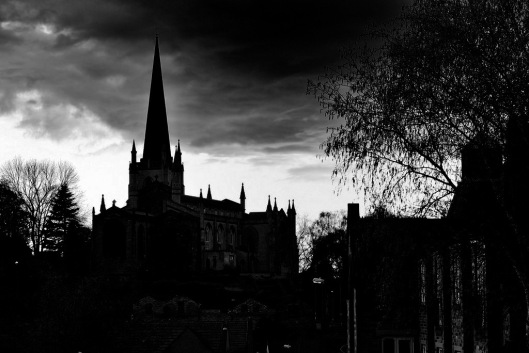 This was my hometown, located then in Staffordshire, but shortly to be land-grabbed by the spaghetti concrete empire of the West Midlands. I had been to watch my favourite band, Van der Graaf Generator – for the first time.

We had spent our bus-fare on dubious beer, so Dave and I were walking home and re-playing each second of the gig. We reached Lysway Street and had two long miles yet to walk. Suddenly, out of the night coming towards us was Pete, one of my classmates, neither bosom buddy nor foe, arm in arm with Babs,the blonde from Bluecoat whom I had been plotting hard to get to know for months. It had been at a birthday party some weeks earlier that my romantic plans had backfired so ignominiously, and I had – quite unintentionally – managed to bring these two together. So, the loud and existentialist pandemonium that was the hallmark of the band pretty much reflected how I was feeling as I looked at them and said something appropriately bleak to Dave as we carried on into the December night.

At the time, I didn’t appreciate that this was one of life’s big milestones nor did I realise that the narrative had actually been unwinding for more than a year….

Dave, Pete and I were pupils at Queen Mary’s, an old Grammar school with a reputation for making the most of bright lads from working class backgrounds. Two other school friends who play an important role in the story were Steve and Chris. They were in the year above and their attitude was an unpredictable mix of friendliness and condescension. Steve was bit of an intellectual with a decidedly eccentric style that instantly qualified him to become a key influencer and shaper.

One afternoon during the long summer holidays I was at Chris’ house. Steve was playing something called After the Flood on the record player in the living room. “It’s by Van der Graaf Generator, and it’s their epic,” he said fervently without a trace of irony.

While Steve and Chris studiously listened to the track, I remember thinking that it was just a load of raucous noise and totally inappropriate for sunny afternoon listening. It was nothing like the Top 10 pop I enjoyed listening to in those days. My judgment was reinforced by the incomprehensible title of the album (The Least We Can Do is Wave to Each Other) and its equally curious album cover art 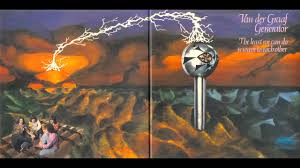 Even then, I so much wanted to like it…. but I just couldn’t handle it,as we liked to say at the time.

So VdGG dropped out of active consideration but in the six months following, my musical taste edged first nervously, and then confidently, towards what the music press called progressive rock, and I found myself listening with Dave and the rest of the gang to King Crimson, Jethro Tull, Family and Caravan. My hair was getting longer, and I was smoking Embassy Regal – one up on the ubiquitous Player’s Number 6.

The late summer and autumn were full of parties, informal get-togethers and opportunities to make new friends. Looking back, how strange it seems to have carried loads of vinyl LPs from house to house – of course there were no iPods with extensive playlists nor easy-to-transport boom boxes then. The only way of making something like a party playlist was with a reel-to-reel tape player which was notoriously unreliable kit at the best of times.

One event that Autumn stands out.  We were at a party hosted by Richard, a posh boy whose parents were GPs and who had packed him off to the local Public School.  I remember Richard enthusing wildly about Van der Graaf Generator and an album called H to He: Who Am The Only One. Yet another bonkers name for an album I thought, even by progressive standards. Apparently, the band had played at his school and Richard seemed to be full of the nuclear energy suggested by the cover art.

He repeatedly played a track called Killer so much that I found myself singing it constantly over the next few days. The following weekend in November 1970, I was spending my birthday money at the street market in Walsall. There was a stall which sold ex-chart LPs at discount prices. With just enough cash in my pocket, I bought VdGG’s first album The least we can do for £19/6d- or 95p in today’s money.  This was of course the album I‘d heard at Chris’ house months before and rejected.

But it was on this day that I became a Van der Graaf Generator fan. I must have played Darkness, the first track, a score of times and in the process became adept at placing the needle pickup carefully onto the spinning disc. The album was a compelling mixture of theatre, terror, love, protest, and loneliness, and it was delivered in such a clever, artful and even haunting way. Peter Hammill, the band’s vocalist and lyricist instantly became a role model and like many Hammill protégées, I was soon starting writing poetry and songs inspired by his hugely addictive style.

So perhaps you can understand my excitement when a year later, I heard that VdGG were coming to town, specifically to the George Hotel in Bridge Street. The George has long since disappeared becoming first a Tesco superstore and more recently, a Primark, but back in December 1971 it was home to the Kinetic Club. Walsall’s rock temple and the venue of my first VdGG gig.

The concert was a typical late 60s- early 70s affair: the space was intimate, people were squatting and sitting on the floor; it was dark and smoky, and I don’t think the concert had sold out. Then the band walked through the audience to take their positions. Hugh Banton’s organ seemed mangled and held together with Blue Tac and Sellotape. Guy Evans was quietly sitting at his drum kit, enjoying the calm before the storm. Jacksonsax was totally on brand, dressed like some malevolent space invader with saxophones en garde. PJA Hammill looked lean and lanky and shrilled his way through the set. He occasionally played acoustic guitar. Some of the songs seemed messy and all over the place; some of the songs were simply stunning. I remember After the flood,Man Erg and of course Darkness.

After the set finished, the hardcore stayed and demanded more. I remember Peter offered us a choice of encore – Killer or Octopus– there was a vote but no contest, it was going to be Killer.

Following a final chorus of we need love, Peter ran off-stage leaving the band to perform Theme 1 followed by a rousing version of The Dambusters’ March, the famous Eric Coates film tune.

And thus, propelled into the night on a wave of patriotic splendour and still humming all the VdGG tunes, it was on to that bittersweet encounter withPete and Babs.

All of this happened nearly fifty years ago. Since those days, my VdGG habit has cost me a small fortune and I seem to have accumulated quite a collection of LPs, CDs, DVDs and books, including re-issues, duplicates and compilations. I still listen to Darkness, but these days it’s via my iPhone or iPad and or sent to a Bluetooth speaker with the help of Alexa. I still actively follow the band in the curious world of the Internet and its enthusiasms.

And one more thing, I’ve been married to Babs for forty years – I finally got my chance  a few months later in June 1972 and this time there was no fiasco.

So, gentle reader this life long love story comes with a BOGOF – you buy one love story, you’ve got another free.

*An extract from the lyric Darkness by Peter Hammill 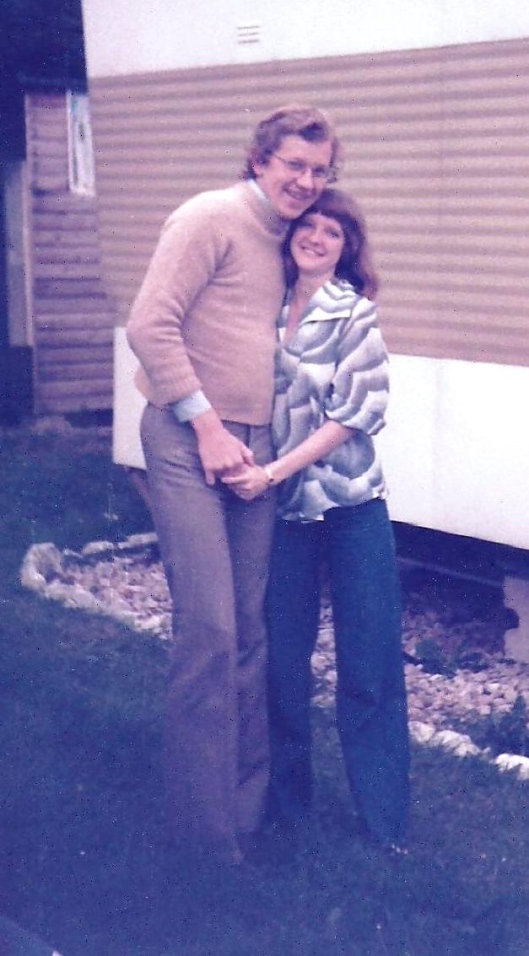 3 thoughts on “The Time of The Past*”